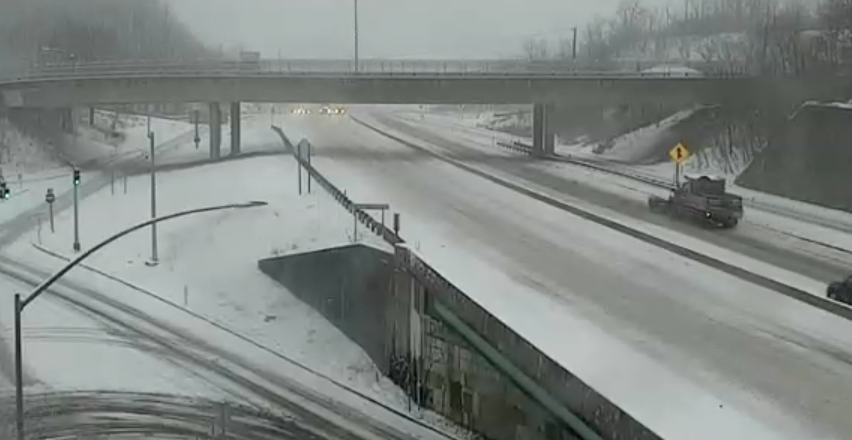 An eastbound plow truck passes exit 42 of Interstate 68 just before 8 a.m. Thursday, Feb. 18, 2021. Snow emergency plans were enacted in both Allegany and Garrett counties about 3 a.m. 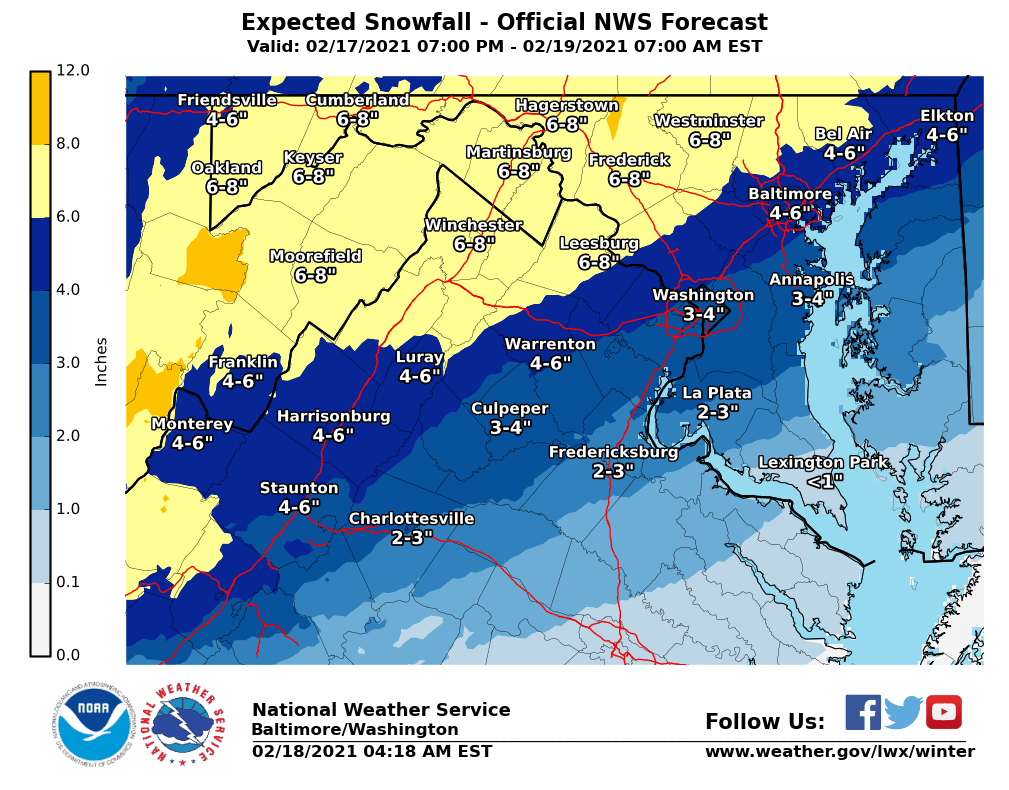 An eastbound plow truck passes exit 42 of Interstate 68 just before 8 a.m. Thursday, Feb. 18, 2021. Snow emergency plans were enacted in both Allegany and Garrett counties about 3 a.m.

The National Weather Service has issued a winter weather advisory for the Cumberland area and canceled a winter storm warning, after snow moved out of the region.

Forecasters say mixed precipitation remains possible through Friday morning, with additional accumulations of up to one inch of snow and sleet and one-tenth of an inch of ice.

CUMBERLAND — Forecasters say a winter storm that will impact the region Thursday will make travel difficult.

“The hazardous conditions could impact the morning or evening commute,” read a bulletin by the National Weather Service.

The weather service issued a winter storm warning for the entire region, which expires Friday at 7 a.m. Six to 8 inches of snow and sleet and a glaze of ice were possible.

“This storm and its predecessor a couple of days earlier, accompanied by a once-in-a-generation outbreak of frigid air, has left behind an absolute mess in the South Central states and is on the move,” AccuWeather Chief On-Air Meteorologist Bernie Rayno said.

Snow began overnight Wednesday, and the heaviest amounts were expected to fall through midday Thursday.

Snow emergency plans were activated at 2:40 a.m. in Garrett County and 3 a.m. in Allegany County.

Friday’s forecast includes a chance of snow before noon and a high near 34 degrees, according to the weather service. Sunshine is expected Saturday and Sunday, with highs of 27 and 33, respectively.