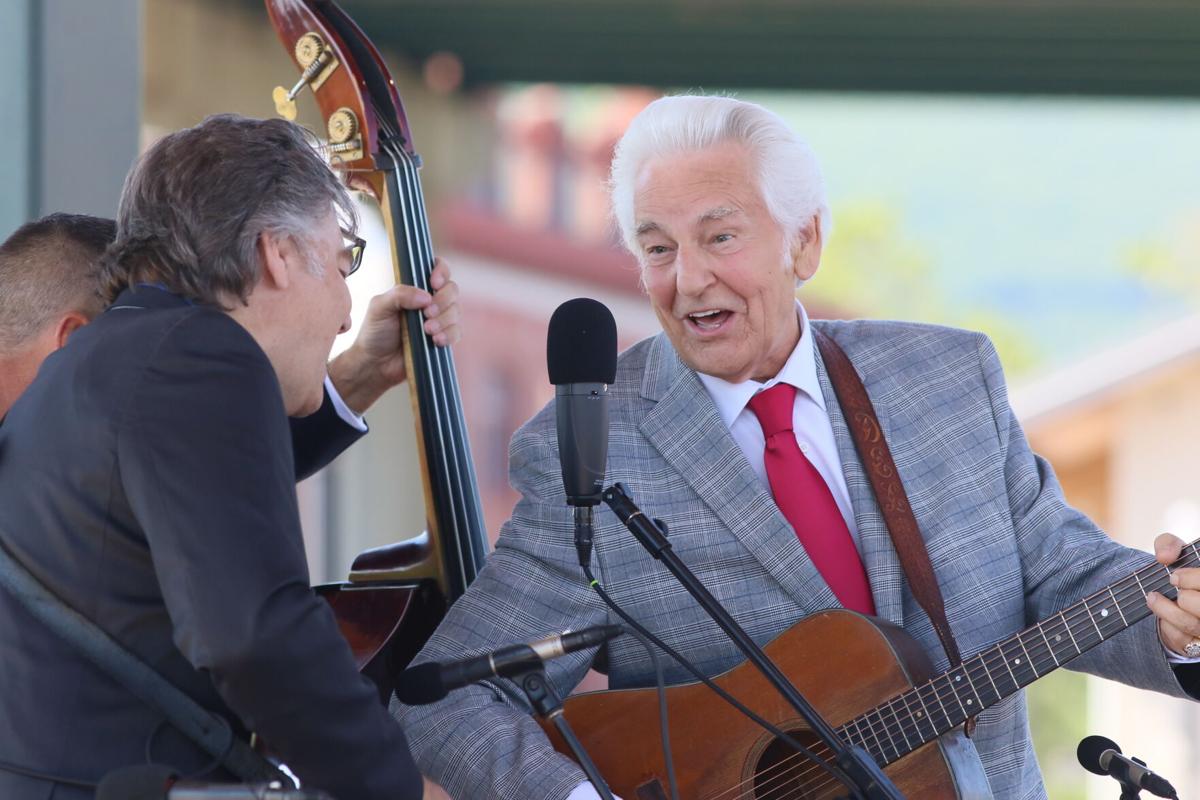 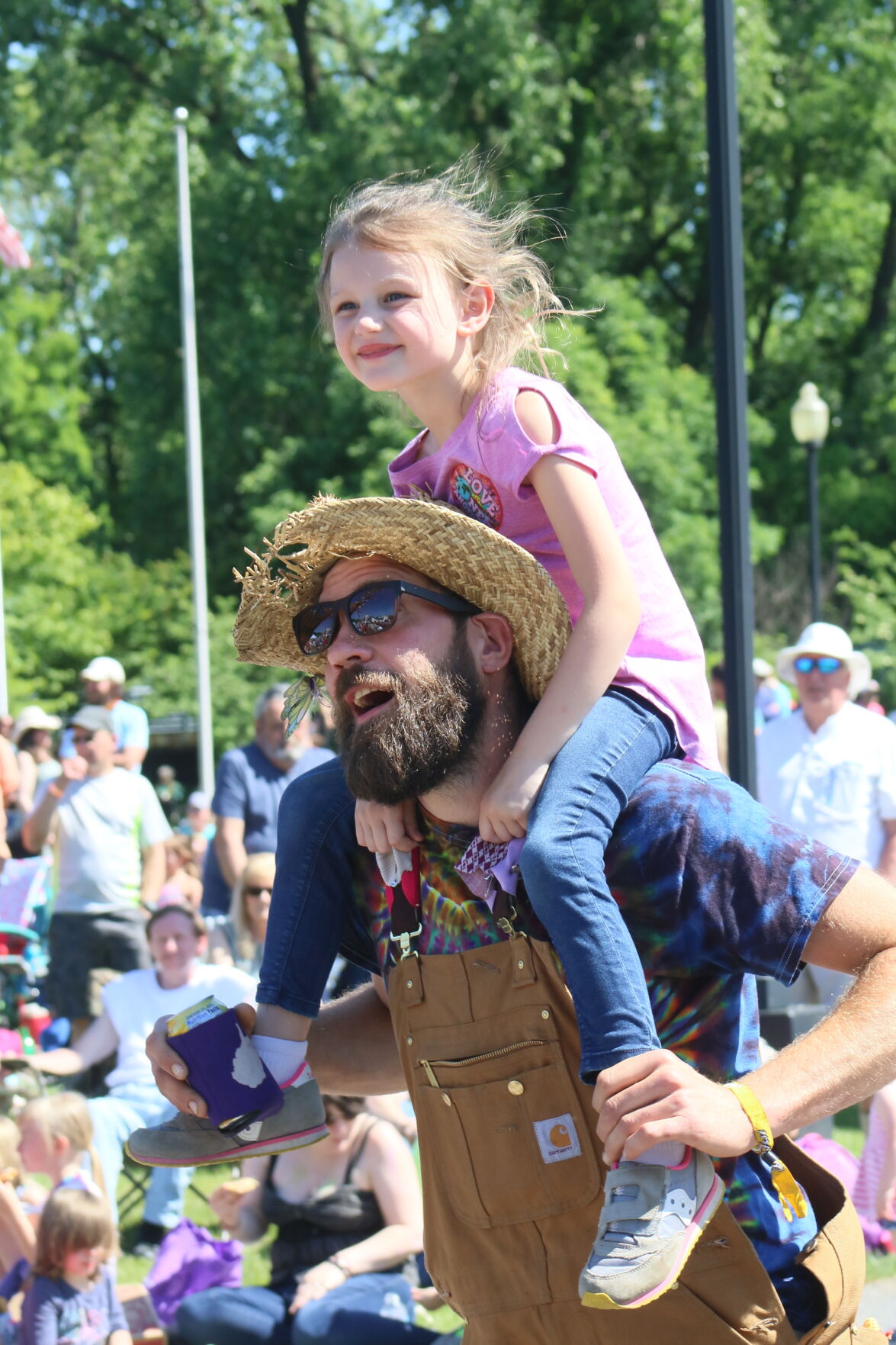 Caleb Taylor sings and dances with his girlfriend’s daughter, Sloane Donnelly, both of Pendleton County, W.Va., on his shoulders Monday while the Del McCoury Band plays on stage.

Caleb Taylor sings and dances with his girlfriend’s daughter, Sloane Donnelly, both of Pendleton County, W.Va., on his shoulders Monday while the Del McCoury Band plays on stage.

CUMBERLAND — An overflow crowd filled the festival grounds at Canal Place on Monday for a free concert from the Del McCoury Band.

Ronnie McCoury, Del’s son and the mandolin player for the Del McCoury Band, suggested the band play a show on Memorial Day in Cumberland. The family agreed and decided to perform free at Canal Place to thank the community for their support for DelFest over the years.

Monday’s event, under sunny skies, began at 2 p.m. with Colebrook Road, a bluegrass band from Harrisburg, Pennsylvania, opening the show, followed by The Del McCoury Band.

“I think it's tremendous that Del is doing this,” said Lynn Norris of Dallas, Texas, who is originally from Frostburg. “It’s great for the community. Del could play somewhere else but he is donating his time. To have someone embrace the region and the heritage, to bring an event like DelFest here ... it means so much to the economy. I don’t think the contribution can be overstated.”

Del McCoury and his family were returning from DelFest Lite, a three-day mini-festival held at the B Chord Brewery in Round Hill, Virginia. DelFest Lite was scheduled to fill the void of DelFest traditionally held on Memorial Day weekend. Due to the pandemic, DelFest was rescheduled for Sept. 23-26 at the Allegany County Fairgrounds.

“I think it’s great,” said Andrea Moore of Cumberland. “It brings people out and we need that after COVID. This is like a big reunion. Everyone is out and a lot of people are vaccinated and they are so happy to get back the life we had before the pandemic.”

“I think it’s awesome,” added Ted McGreevy, a Cumberland resident. “He has developed quite a following here. People really enjoy his music. He is bringing life into Cumberland and that’s what we need. The weather is perfect and Del is playing for free ... I just say thank you, Del.”

Bill Valentine, the former Allegany County commissioner, attended the event. Valentine was a volunteer for the first DelFest in 2008 at the Allegany County Fairgrounds. He befriended the McCoury’s and his management team and helped guide them through the early years when they had to overcome challenges to become established with the commissioners and the community.

“The first year, I wasn’t commissioner yet,” said Valentine. “I was a greeter at the event that year. We had to overcome challenges to win over the county and law enforcement, but we kept at it and people began to see what a great family the McCourys are. They have the foundation that donates to charities. ... They built a Habitat for Humanity house ... they give back.”

Valentine said the McCourys wanted to say thank you to Allegany County with the Memorial Day show.

“How much do you think they could make playing somewhere else, yet they do it here for free. It’s to say thank you for allowing them into this community. Once again it proves to people what a friend they got in Del McCoury. Back a few years ago I had the county do a proclamation declaring them honorary citizens of Allegany County. To them, this is a second home and the community has come to really appreciate them.”