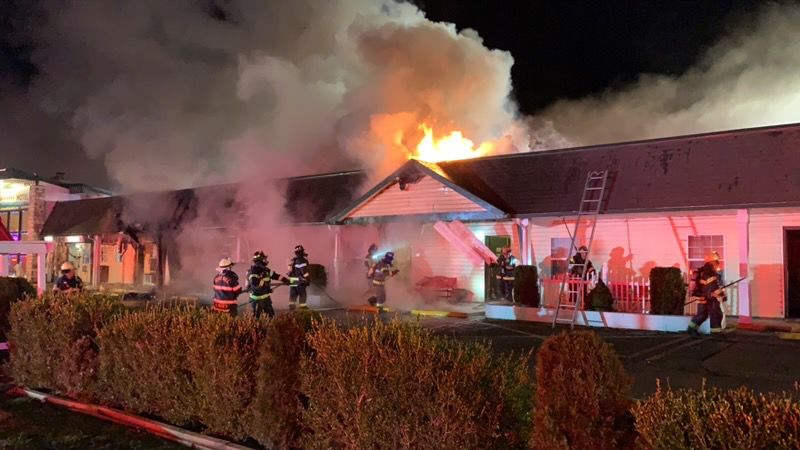 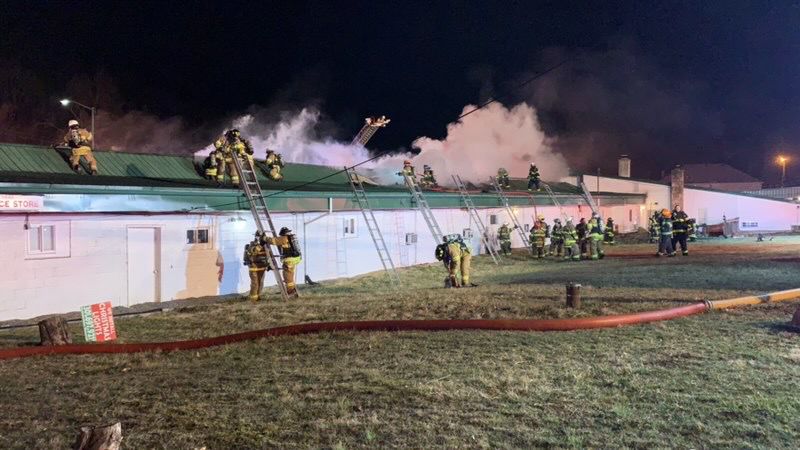 CLARYSVILLE — A four-alarm fire at the Clarysville Motel on National Highway early Sunday significantly damaged one wing of the building and caused about $250,000 damage, state fire investigators said.

The fire was one of three over a several-hour span that kept first responders scrambling Saturday night and Sunday.

More than 100 volunteer firefighters from at least four counties battled the blaze that started just before 1 a.m. in room 107. The cause remains under investigation, according to a news release issued by the Office of the Maryland State Fire Marshal.

Firefighters encountered heavy fire and smoke when they arrived at the motel and flames were shooting through the roof of the one-story structure at 1:30 a.m. The fire was reported under control just before 2 a.m.

Fire investigators said the motel is separated into two wings. The east wing was unaffected and occupants returned to their rooms.

One firefighter was treated at the scene for heat exhaustion and one of the motel’s occupants was reportedly treated for smoke inhalation after arriving at the Sheetz convenience store in Frostburg.

“One person was transported by an Allegany DES ambulance from the scene to UPMC Western Maryland,” Bowman said. “The patient’s condition is not known at this time.”

The four-alarm response brought at least four ladder trucks and six ambulances to the scene.

U.S. Route 40 was closed at Old Route 40 in Eckhart. Traffic was rerouted by State Highway Administration personnel during the fire operation.

A fire that destroyed a Mount Savage home late Saturday remains under investigation by fire investigators.

About 45 volunteer firefighters fought the blaze that started just before 10 p.m. at 15721 Mile Lane NW.

Investigators said the fire began in an interior stairwell and caused about $100,000 damage.

The owners and occupants, Jay and Christine Atkinson, were being assisted by family, according to the fire marshal’s office.

And, in Romney, West Virginia, a reported house fire on School Street just before 11 p.m. reportedly caused burns to the occupant. Additional information about that fire was not available.

FROSTBURG - Rose Marie Sevinsky, 76, passed away on Friday, March 27, 2020, at her residence. Born on Aug. 29, 1943, in Lonaconing, she was the daughter of the late James and Wihelmina (Seib) Sevinsky. In addition to her parents, she was preceded in death by her sister, Wilhelmina M. Sevinsk…