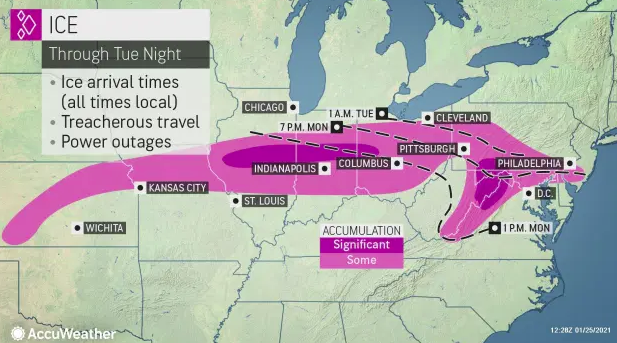 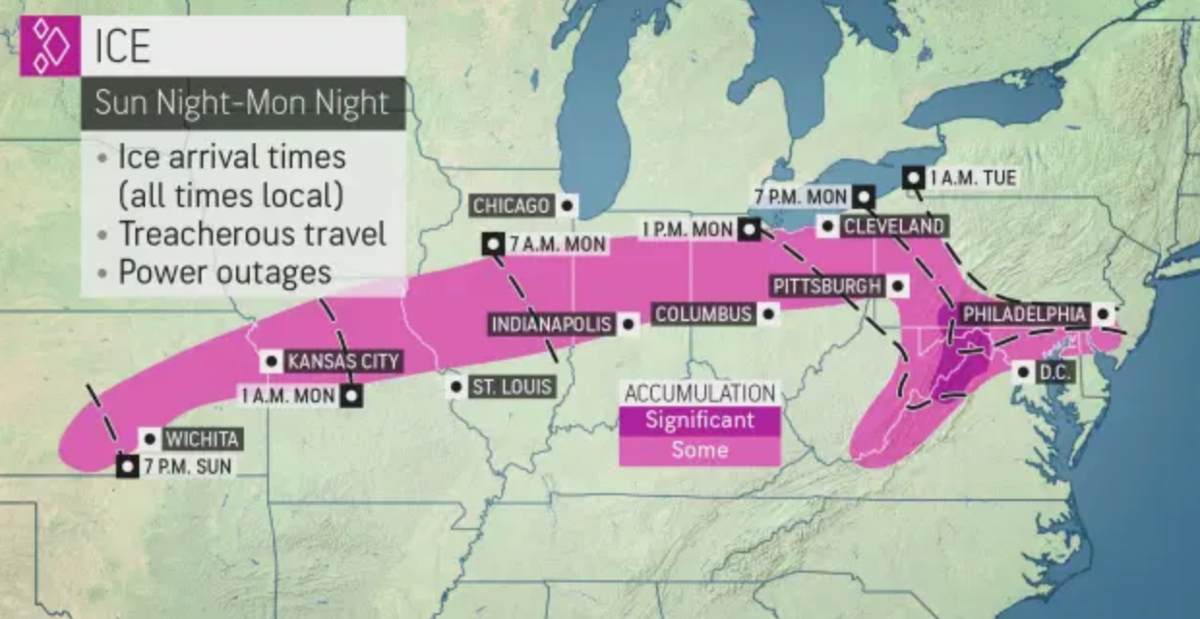 CUMBERLAND — Mountain Maryland, the Potomac Highlands and Laurel Highlands of Pennsylvania could see a few inches of snow Monday and up to nearly a half-inch of ice, forecasters said.

"Snow will begin today between 3 and 5 p.m., likely coming down moderate to briefly heavy. Most roads will become snow-covered after the onset of the snow, likely even the interstate," said Chad Merrill, a local meteorologist.

Snow was expected to change over to sleet early Monday evening between 7 and 9 p.m. in central and eastern Allegany County and freezing rain in western Allegany and Garrett County.

Prior to the changeover to sleet and freezing rain, snow totals ranging from 2 to 4 inches are expected across the region, including Garrett County.

A Thursday storm may stay south of the area, Merrill said, but the pressure gradient generated from the wind with the storm will produce gusts to 40-45 mph, which will cause additional power outages since the ice will not have melted off trees and powerlines.