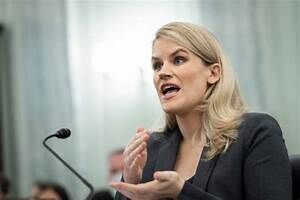 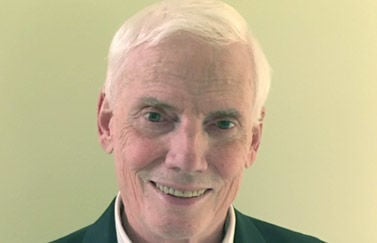 If Mark Zuckerberg seems irritable, he has good reason. His Facebook Empire is facing a digital scandal provoked by a former employee turned whistleblower.

There is no port in the storm. Antagonist Frances Haugen has flat out made the social media giant, headed by founder Zuckerberg, the target of accusations it chooses profit over safety by magnifying hate and disinformation.

It is not a pretty picture.

Haugen’s case relies on copies she made secretly of internal research and other documents, along with personal analysis as a Facebook product manager and data expert before departing in May.

She is resolved to expose how Facebook’s algorithms indulge contentious content that she claims does not concern the company because shocking posts attract eyeballs.

Algorithms are like recipes for your favorite food. They instruct computers how to cook up desired functions.

Haugen contends Facebook’s decision to change its news feed algorithms in January of 2018 to advantage posts from family, friends and groups over news content produced poisonous results. News outlets felt the same way at the time.

On Jan. 30, 2018, a delegation from the News Media Alliance, which represents some 2,000 news producers, met in New York with Facebook’s Campbell Brown to discuss their concerns. Brown is the former CNN and NBC news anchor who joined Facebook in 2017, tasked with repairing tattered relationships with news organizations.

Alliance President and CEO David Chavern said last week the half-day meeting, while pleasant enough, did not go well. Despite the delegation’s expressed fears the algorithms change would inevitably invite divisive postings at the expense of trustworthy news content, Facebook stuck to its decision.

“They said users had expressed a preference for more personal engagement over news,” said Chavern. “We countered that it would add to the consequences of misinformation, and not be an antidote for fake news. We provided lots of supporting data for our position.”

Yet little happened in the meantime.

Then, last month the Wall Street Journal published a series of stories highlighting the consequences. Among the paper’s conclusions, it reported evidence that showed Facebook’s algorithms change had the opposite of the intended effect to create a healthier place for users; that it was producing angrier and harmful engagement; that it contributed to vaccine hesitancy, and that Facebook’s Instagram photo-sharing app caused dangerous anxiety among some of the millions of young girls who use it.

The Journal did not name the source of its leaked information but Haugen unmasked herself Oct. 2 when she appeared on CBS’ “60 Minutes” program. Four days later, she testified before a U.S. Senate committee, urging lawmakers to regulate Facebook.

Haugen, 37, has degrees in electrical and computer engineering from Olin College, a private engineering school in suburban Boston. She also holds an MBA degree from Harvard. She worked at Google and Pinterest before joining Facebook’s civic integrity unit in January of 2019. The unit’s mission involved policing political falsehoods, violent content and other abuses directed at disrupting elections.

Haugen had her Facebook epiphany when it dissolved her unit after the presidential election won by Joe Biden last November. She saw the decision as removing safeguards to the type of inflammatory content that contributed to the Jan. 6 Capitol insurrection, causing her to distrust Facebook’s willingness “to actually invest what needs to be invested to keep it from being dangerous.”

In addition to telling her story to the Journal and CBS, she filed a complaint with the federal Securities and Exchange Commission, accusing Facebook of misleading investors and advertisers.

In her “60 Minutes” interview, Haugen said Facebook did not discourage jarring, problematic postings because they received higher volumes of response and, therefore, attracted more users and ad dollars. The social media company’s annual revenue has soared since the algorithms change in 2018 – from $56 billion to $119 billion today. Its market value is now nearly $1 trillion.

What Zuckerberg needs to understand is ethical standards need to go beyond words to transparent action. In his response to the Haugen litany of wrongs, he stated the company cares “deeply about issues like safety, well-being and mental health.”

It is hard to embrace that assertion when the first posted reaction to Haugen’s “60 Minutes” appearance featured a video of Facebook’s new Ray-Ban smart glasses showing Zuckerberg sailing with his wife.

Bill Ketter is senior vice president of CNHI. Reach him at wketter@cnhi.com.