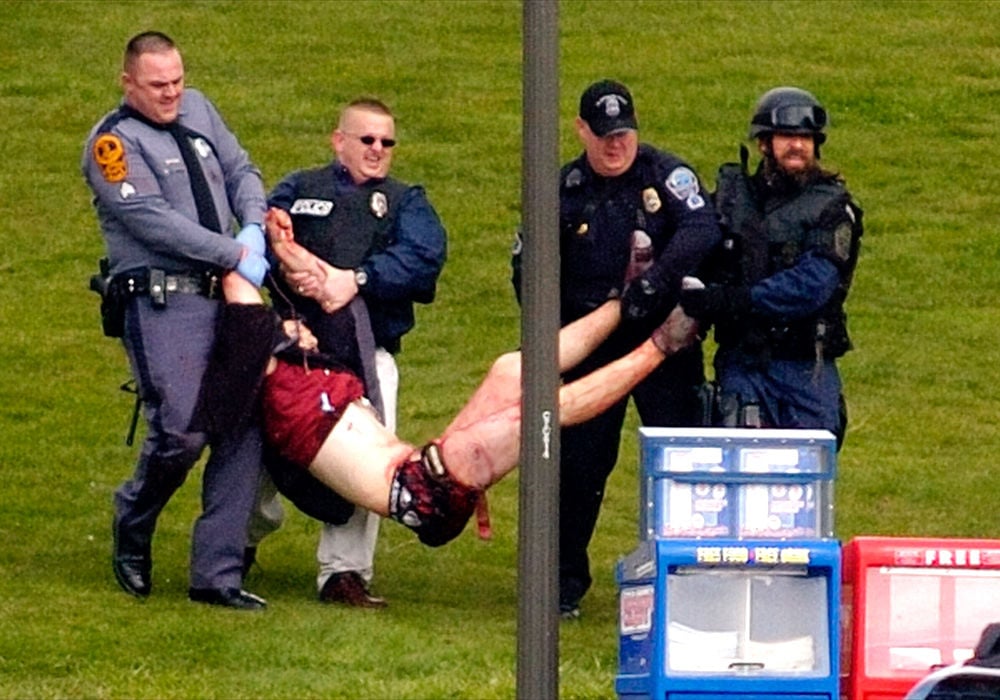 A shooting victim, identified by his family as 22-year-old Kevin Sterne, is carried out of Norris Hall at Virginia Tech in Blacksburg, Va., Monday. Sterne reportedly was shot in the leg and hip during a rampage by fellow student Cho Seung-Hui. 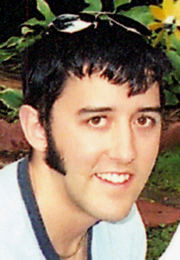 A shooting victim, identified by his family as 22-year-old Kevin Sterne, is carried out of Norris Hall at Virginia Tech in Blacksburg, Va., Monday. Sterne reportedly was shot in the leg and hip during a rampage by fellow student Cho Seung-Hui.

CUMBERLAND - The mother and father of Virginia Tech shooting victim Kevin Sterne say no amount of money can compensate families and survivors for the events of April 16, 2007. But an $11 million settlement that was approved this week by Judge Theodore J. Markow, a Richmond, Va., circuit court judge gives Suzanne Grimes the feeling that it's time to move forward. Grimes interrupted her family vacation at a North Carolina seaside location to travel to Richmond for the Tuesday hearing and again Thursday to comment. The settlement with families of most of the victims at the Blacksburg campus averts a court battle over whether anyone but the gunman was to blame. Families of 24 victims, out of 32 killed by Cho Seung-Hui, will be compensated under the settlement that also covers 18 people injured in the incident, including Sterne, who attended Bel Air Elementary School as a child. "Overall, since Kevin is one of the seriously injured students, he will receive permanent health care and insurance the rest of his life," Grimes said. "That was one of our biggest concerns. As far as the monetary compensation, there is no fair amount that would compensate the families that lost loved ones, or survivors by the horrific acts of that day. "The settlement gives us some sense that we can move forward, but at the same time the events of Tuesday bring it all back," she said. According to The Associated Press, information disclosed Tuesday by attorneys for the victim families included e-mails a university employee sent her family at 9:25 a.m. It said there was an active shooter on campus and that her building was locked down. The e-mail was sent one minute before students and faculty were alerted there had been a "shooting incident" at the dormitory. The campus was not locked down. "Not being notified although department officials locked down their building - I don't know how their consciences let them live with that," said Grimes, who said she, like other victim families, will continue to pursue all information concerning the notification process that occurred when the shooting occurred. "Through our own investigation, we will pursue information as to who made the decision and what other information needs to be revealed so it doesn't happen again," she said. The Washington County, Pa., resident also said her son declined a request to be interviewed by the Times-News. "Kevin is still recovering from his emotional and physical injuries. He's getting along but has permanent nerve damage in his right leg. A 9-mm bullet is still lodged in his femur and the medical recommendation is that it should stay there until if and when a problem would arise," she said. Concerning the settlement, Randy Sterne, Kevin's father, also said that "no monetary figure will ever make up for what happened" the day of the shooting. Randy Sterne of Cumberland also expressed concern about the lack of notification to students about the shooting. "There were e-mails that went out that indicated the university didn't take the proper action they should have to protect the students and faculty. "I think accountability is now the question. Who did what and when concerning the notification of students. I think a lot of things are still being swept under the carpet. "I will continue to pursue information about the notification process through Congress, the Internet and through victim families and attorneys that I have contact with. "On reflection of what happened, it is good to see that colleges have improved security at campuses across the country so something like this doesn't happen again," said Sterne in a telephone interview at his workplace. Kevin Sterne is now a graduate student at Virginia Tech where he will receive a master's degree next year in electrical engineering. Contact Jeffrey Alderton at jlalderton@times-news.com.