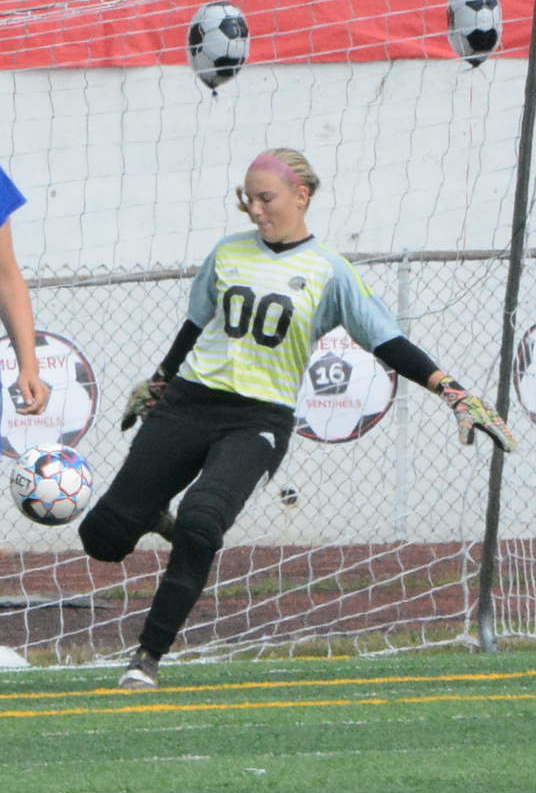 Allegany goalkeeper Katie Sterne punts the ball against Fort Hill on Oct. 12, 2019, at Greenway Avenue Stadium. Sterne was voted co-winner of the Miriam Sincell, Esq., Goalkeeper of the Year Award. 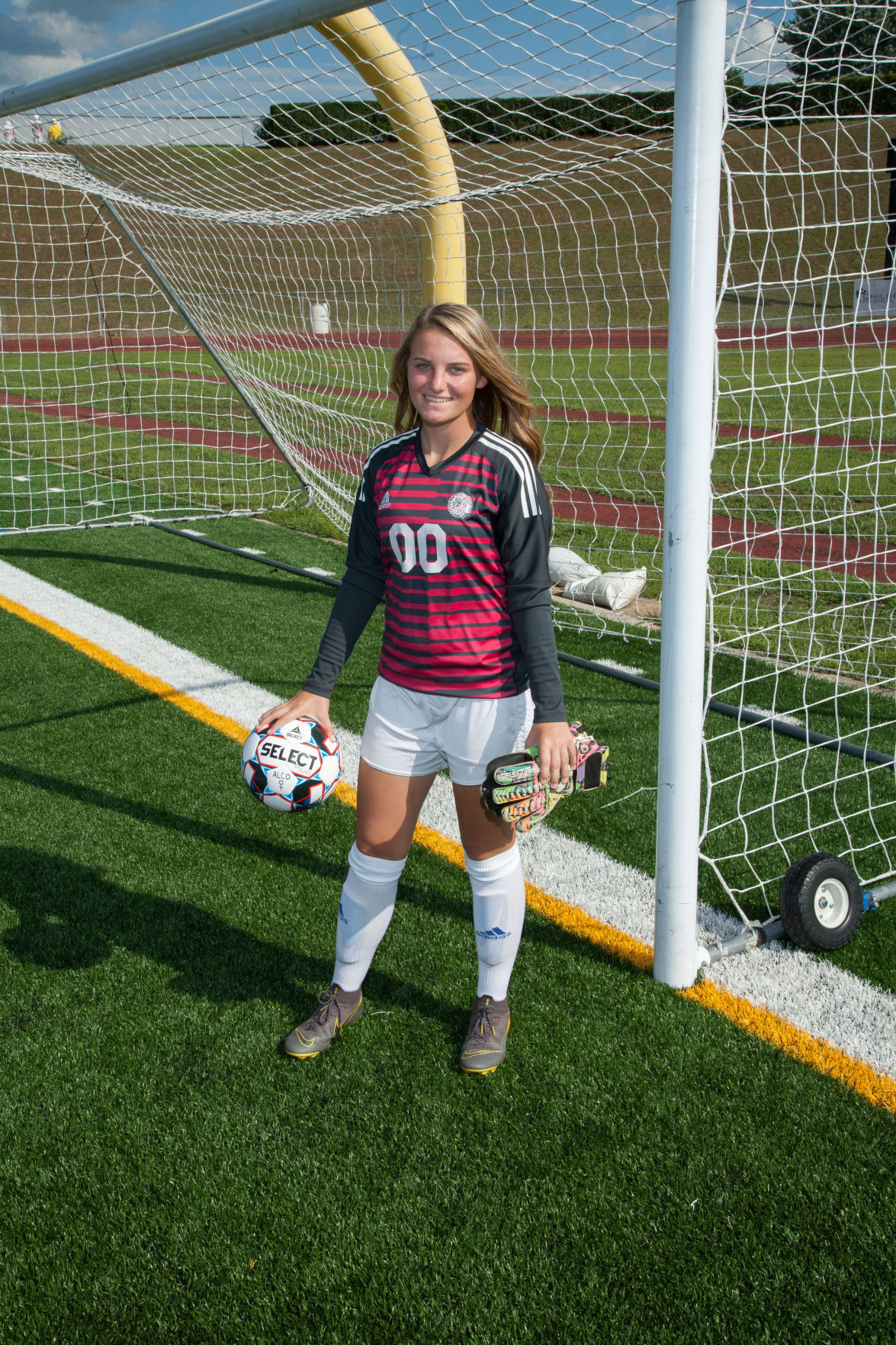 Allegany goalkeeper Katie Sterne punts the ball against Fort Hill on Oct. 12, 2019, at Greenway Avenue Stadium. Sterne was voted co-winner of the Miriam Sincell, Esq., Goalkeeper of the Year Award.

CUMBERLAND — Give any team an excellent goalkeeper and they’ll have a chance to beat anybody. While she was surrounded by a stellar defense, well-rounded midfield and lethal attack, having Katie Sterne gave the Allegany Campers that, and much more. Sterne was rewarded for her efforts by being named the co-winner of the Miriam Sincell, Esq., Goalkeeper of the Year Award by voting from the area head coaches.

Sterne shares the honor with Fort Hill’s Hailey Ternent, who has won the award the past three years (see separate story).

Sterne and Ternent will receive their awards at the 72nd Dapper Dan Sports Award Banquet, which will be held Feb. 23, 4 p.m., at the Ali Ghan Shrine Club.

If graduation didn’t happen first, it was always going to take something special to dethrone Ternent as the area’s top goalkeeper. Calling Sterne’s 2019 performance “special” would probably be shortchanging her.

In 15 games, the junior faced 66 shots and stopped 54 of them, yielding 12 goals for a .818 save percentage to go along with an area-best nine shutouts.

“Katie Sterne is what you get when hard work meets desire. Add that to a high soccer IQ and you get the best keeper in the area,” said Allegany head coach Kyle Martz. “ Overall, in 15 games, she recorded nine shutouts, faced 66 shots, had 54 saves, gave up 12 goals, and ended up with an .818 save percentage. When your goalie gives up fewer goals than games she plays, you have a special keeper.

“A large part of our team’s success over her career has been Katie stopping shots. However, she is equally good with the ball at her feet, which allows us to play a possession game with lots of switching the field and playing out of the back.”

Sterne — who joins Victoria Bohrer (2014 winner) as the only Allegany players to win the award — opened her junior campaign with four shutouts in the opening five games. She posted a 1-0 win over Southern and a 2-0 victory over Northern.

The Campers, facing early-season injuries, then suffered their first loss of the season to Mountain Ridge, 4-1, before bouncing back with a pair of 2-0 wins over Northern again and Fort Hill.

Sterne got her fifth shutout three games later, following a pair of wins where the keeper yielded one goal in each game, with a 3-0 win over Southern.

Allegany then tied the Miners, 1-1, before falling 3-1 to Hampshire before Sterne took a three-game shutout streak into the playoffs with a 6-0 win over Keyser, 6-0 at homecoming over Fort Hill and a 2-0 triumph over Clear Spring.

Sterne posted her ninth shutout in the first 14 games with a 1-0 win over Southern in the section semifinals.

The Campers went on to fall, 2-0, to Mountain Ridge in the section title game.

“Katie is her own biggest critic,” said Martz. “She believes she should get to every ball and stop every shot. I never heard her give an excuse for a misplayed ball. She owned everything and never complained.”

Sterne, a member of the basketball and softball teams, excels in the classroom as well, holding a 4.34 GPA with eight honors classes and three Advanced Placement courses. She is also a member of the 19U Phoenix team with AVID Soccer Club.

“Katie has been our full-time keeper for three years and has put up the same kind of defensive numbers every year,” said Martz. “I am so excited for her to be recognized as the premier keeper in the area.”

Sterne will have a great shot at becoming the fourth player to win the area’s top goalkeeping honor two years in a row, as she returns as a senior next season, as well as the entire starting defense — Kelsey O’Neal and Emma Cook in the center, with Sydney Lechliter and Ryland Kienhofer playing out wide in the fullback spots — in front of her.

Kyle Bennett is a sports reporter for the Cumberland Times-News. To reach him, call/text 304-639-0133, email kbennett@times-news.com and follow him on Twitter.