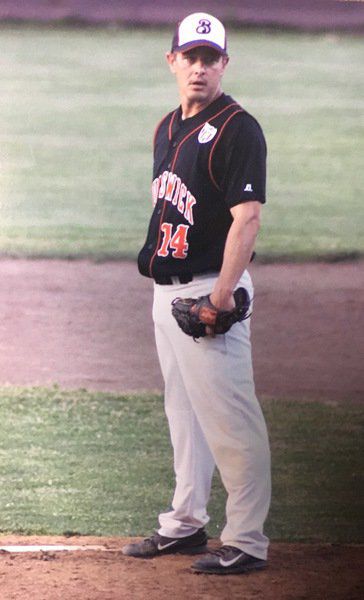 Brian Powell, who has piled up a 157-19 pitching record with the Tri-State Titans, Brunswick Orioles and Susquehanna Assault, will be inducted into the National Semi-Pro Baseball Hall of Fame on Saturday in Evansville, Ind. 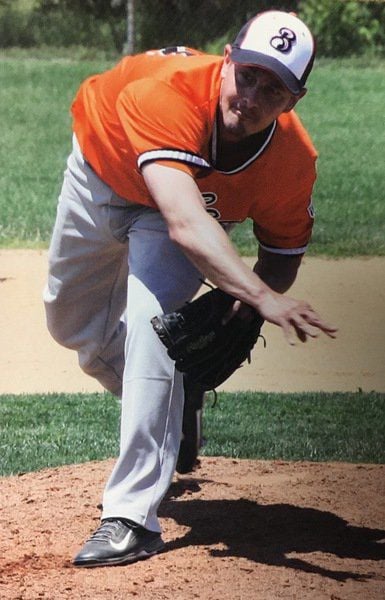 Brian Powell, who has piled up a 157-19 pitching record with the Tri-State Titans, Brunswick Orioles and Susquehanna Assault, was inducted into the National Semi-Pro Baseball Hall of Fame on Saturday in Evansville, Ind.

Brian Powell, who has piled up a 157-19 pitching record with the Tri-State Titans, Brunswick Orioles and Susquehanna Assault, will be inducted into the National Semi-Pro Baseball Hall of Fame on Saturday in Evansville, Ind.

Brian Powell, who has piled up a 157-19 pitching record with the Tri-State Titans, Brunswick Orioles and Susquehanna Assault, was inducted into the National Semi-Pro Baseball Hall of Fame on Saturday in Evansville, Ind.

EVANSVILLE, Ind. — Brian Powell has left his mark just about everywhere the game of baseball has taken him, and on Saturday the game took him to the National Semi-Pro Baseball Association Hall of Fame.

But his induction into the hall of fame doesn’t mean he’s retiring as a player.

Not in the least.

“I have a good support group in my family and my wife, who likes baseball just as much as I do if not more.”

Powell has been successful at every level. He piled up a 117-15 record in 14 seasons with the Tri-State Titans of the PenMar-WV League, a run that included Maryland state championships in 2002 and 2009. He was the MVP of the 2002 state tournament and the winning pitcher in the title game.

“Brian is a delight to coach and is the best player I’ve ever coached as far as baseball goes,’’ said Titans coach Gary Bennett. “As a pitcher, he had a good fastball along with a real good slider. He’s a competitor who just won’t quit.

“And he was a great leadoff hitter for us. A good line-drive hitter and base stealer. Brian is a complete player and athlete ... a dynamite ball player with the will to win and the desire like no other.”

Powell’s induction to the Semi-Pro Hall of Fame came after he was nominated by Brunswick Orioles coach John Mangold. Powell first began playing with the Orioles in 2004, the year that Brunswick went 51-7 and won the Semi-Pro National Championship in Louisville, Kentucky.

“We had played against Brian when he was with the Titans and we played them in the state tournament in the early 2000s,” Mangold said. “He was always difficult to hit, and it was one of those ‘if you can’t beat him, join him’ deals. We asked him to come down and play with us when he was not pitching for the Titans.”

Powell began making the trip to Brunswick, of the Blue Ridge League, and has a 34-4 record with the Orioles. This year, he shut out Georgetown, Delaware, 5-0 in the championship game of the Mid-Atlantic Regional in Salisbury, which sent Brunswick to the Semi-Pro World Series in Battle Creek, Michigan.

Powell threw a complete-game, six-hitter in a win over the Chicago Clout at the World Series. It was the fourth trip to the World Series for Brunswick, which finished fourth in the 12-team field and had a 32-11 overall record.

“Brian’s smart and he’s a seasoned veteran so he knows how to pitch,” said Mangold. “He’s always had a cutter or slider that’s always been really, really good. That’s what gave us fits when we used to go up against him. He’s able to place his fastball well, and now he’s developed a change up. I don’t see any signs of him slowing down.

“It’s good that good things happen to good people. If I had 20 Brian Powells I’d never lose a game.”

Allegany College has a meeting at the end of each season, and coach Steve Bazarnic remembered tossing a Superman shirt to Powell at the meeting after his sophomore season in 2002.

“He hit well, pitched well and played a heck of a shortstop,’’ Bazarnic continued. “And he’s an outstanding and classy young man. I wish he would have gotten a chance to play a little pro ball.”

After ACM, Powell continued his career at Shepherd, where he hit .419 and was second-team all-conference as a junior shortstop and pitcher. He hit .379 with a 2-0 pitching record and 1.93 ERA in 18 2/3 innings as a senior. That year he started all 50 games, set a school record for most hits in a season with 69, and tied the school record with 17 doubles. He was a two-time West Virginia Intercollegiate Conference pitcher of the week and honorable mention all-conference at shortstop.

All that came after his high school career at Allegany High, where he was a two-time team MVP and All-City and All-Western Maryland Interscholastic League standout, hitting .386 as a junior and .318 with six pitching wins as a senior.

Powell was a 2011 inductee to the Sports Hall of Fame at Allegany, where he has been the junior varsity baseball coach for three years.

“I love coaching, and I’m happy with where I’m at with the jayvees,” Powell said. “I like seeing the players as freshmen and watch them develop over the course of four years.”

CUMBERLAND — Jarrod Harper and Ty Johnson may not be home for the holidays, but they’ll be at the next best place: on the football field.

ANNAPOLIS — Few Maryland high school football teams have played a game this late in a season.

CUMBERLAND — With a first-quarter burst, a fourth-quarter finish and a ton of rebounds in between, top-ranked Allegany clinched another City L…