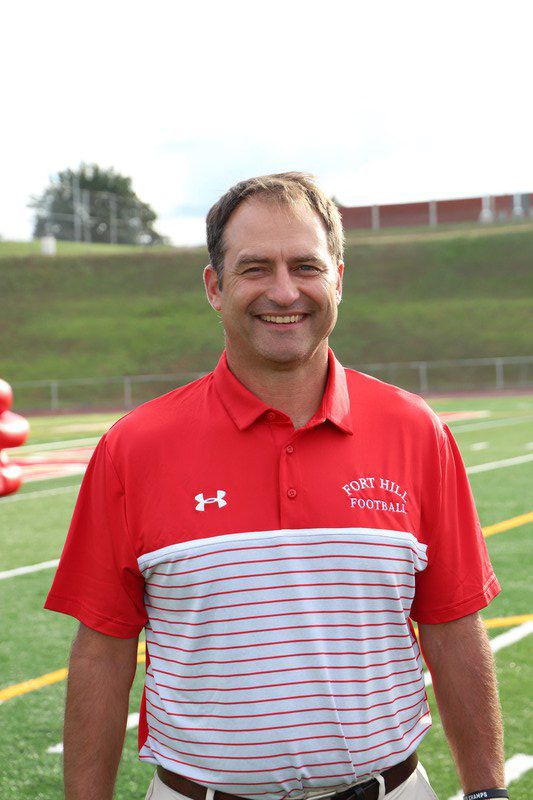 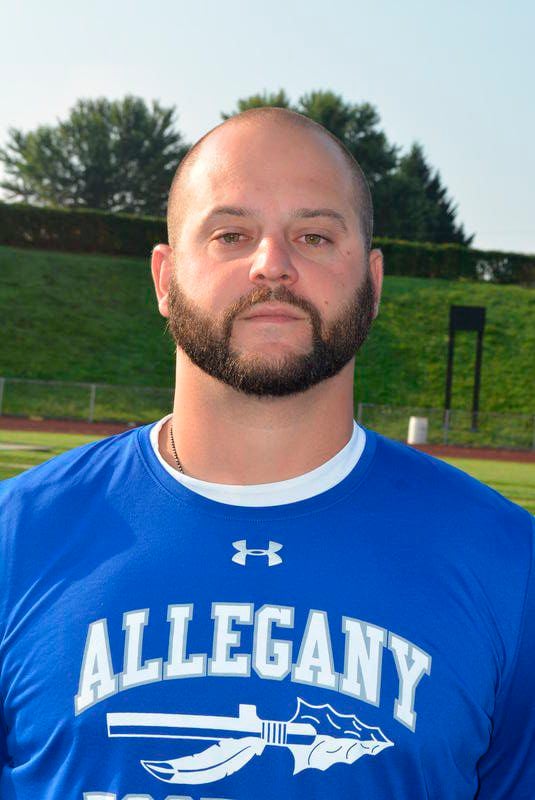 CUMBERLAND — Allegany (2-6) and Fort Hill (7-1) are set to clash this afternoon for the 97th time, with today being the 46th installment of Homecoming and the 84th time the cross-town rivals meet to end the regular season.

Which is the home team and which is the visiting team is usually never a major talking point for this one, but for those keeping track, Allegany is the visitor. Kickoff is 12:30 p.m. at Greenway Avenue Stadium.

The Sentinels enter the final weekend of the regular season atop Class 1A West with a rating of 7.50 and second overall behind Dunbar, whose point average is 8.39. Catoctin and Northern, the other 7-1 teams in 1A West, were second and third, respectively, in the region at 7.25 and 6.63.

Allegany (2.20), meanwhile, sits on the outside looking in with a fairly straightforward scenario of getting in as the No. 8 seed — beat Fort Hill and have Mountain Ridge (2.63) lose to Keyser and Southern (2.50) to Northern. The Miners and Rams lost.

Easier said than done, of course, but the Campers know they at least have a shot.

“To me, it’s Fort Hill,” said Allegany head coach Bryan Hansel, “the guys across town. At some point, it’s a game that, if you’re a kid, you look forward to. If you don’t have a pulse for this game, do you have a pulse for anything?

“I want them to understand that they have a chance to go out there and prove to a lot of people that want them to not succeed or be available, that they can succeed and are available. One of the statements I made to them this week is it’s not baseball or basketball. ... In football, it’s a physical sport. When you get beat, you get beat.

Both head coaches are aware of the potential distractions and outside noise that surround this game, making it a difficult balance to make sure their players stay focused on the game but also enjoy the week leading up to Homecoming.

“It differs because a lot of people put a lot of emphasis on the game because it’s Homecoming,” said Fort Hill head coach Todd Appel, “with pep rallies, the week that goes on within the school and the decorations, designs within specific days.

“But the main focus should be, and what we try to focus on, is the game at hand. Try to eliminate those distractions, but we want the kids to be part of the festivities. We want to keep those alive as much as possible because they don’t go on in all towns across the country. Part of Cumberland is football and we want to keep that alive, but at the same time, we want to separate that from what we’re trying to do and get better as a football team and focus on the game at hand.”

“Mainly for me, this game is like a totally different game,” said Hansel. “When it was a 10-game season, I always thought Homecoming was a playoff game of sorts. ... Our season hasn’t gone the way we wanted to so far. For me, I tell kids we’re lucky to have this game at the end of the year. ... If you get a chance, and you’re invited to the dance, you might as well dance.”

For the Sentinels, their season has gone quite a bit as planned. After starting with three consecutive road victories — 56-7 at Mountain Ridge, 49-23 at Morgantown, West Virginia, and 49-21 at Hollidaysburg, Pennsylvania — before suffering their lone loss of the season in their home opener, 48-14 to Cathedral Prep, of Erie, Pennsylvania, who is currently 8-2.

A win today would give the Sentinels homefield advantage through the first three playoff games should they advance.

“We just try to focus on the game at hand like we do any other game as far as prep is concerned,” said Appel. “Making sure we’re watching film of ourselves and the team we’re playing. Try to keep it the same so distractions don’t come in and infiltrate what we’re trying to do as far as football schematics and fundamentals are concerned. Basically, it’s just trying to eliminate distractions as much as possible to make sure we’re playing the best game we possibly can.”

The Sentinels’ offense is led by a rushing attack that features seven players with triple-digit rushing yard totals. Carson Snyder leads the backfield with team-highs in carries (102), yards (805) and touchdowns (15).

The home run hitter of the backfield is Breven Stubbs, averaging 14.6 yards per carry (50 attempts for 729 yards) with 13 touchdowns. He also has four catches for 158 yards and four scores, seven punt returns for 177 yards and two touchdowns, and four kick returns for 80 yards.

Colby Santmyire is the third-leading rusher with 36 carries for 329 yards and three touchdowns and Paxton Wertz has 291 yards and five scores on 28 attempts.

Blake White has 24 carries for 170 yards and two touchdowns, Danny King 20 attempts for 135 yards and four scores and Daniel Stuby 20 rushes for 107 yards and a TD.

King, the quarterback, is 11 of 19 passing for 305 yards, five touchdowns and one interception. Kicking the ball, the WVU commit is 45 of 45 on point-after attempts, 1 for 4 on field goals with a 48-yarder — his three misses have all come from north of 50 yards — eight punts for a 41.8-yard average and two punts inside the 20, and 55 touchbacks on 63 kickoffs.

The stout defense is led by Wertz, leading the team with 75 tackles (26 solo, 49 assists). Snyder has 65 tackles and Alijah Metz 62. Ryan VanMeter and Austin Slider have 55 and 54, respectively.

The Sentinels have forced 11 fumbles and recovered eight, with Metz recovering a pair and VanMeter and Blake White tallying one apiece — White also has 37 tackles. Hunter Jacobs, Josh Apple and Avery Spencer also have a fumble recovery.

“Good fundamental football,” Appel said of what he hopes to see from his team this afternoon. “Hold on to the football. In the Homecoming game, emotions are running wild. The team that can focus on what they’re doing and remove mistakes, they’re the team that historically wins this game. That’s what we need to focus on.”

On the opposite side, the Campers have been dealt with more than its share of injuries through a rollercoaster season.

The Campers bounced back with a 49-28 romp over Albert Gallatin, but that night was when the injuries really hit. Allegany lost two-way starters Dorian Terrell, Dylan Clark and Christian Welch, who still leads the team in rushing despite not playing the last four weeks.

The Campers made it two wins in as many weeks with a 32-18 triumph over Smithsburg, but they have dropped three straight since then — 54-28 at Silver Oak, 49-0 at Keyser and 21-14 at Northern last week, when the Campers trailed 21-0 at halftime but battled back to make it a one-score game before the Huskies were able to run out the clock.

The injury bug forced the Campers to shut down the junior varsity program and call up all of the players.

“They’ve been dealt a lot of adversity,” said Hansel. “They could’ve gotten up and walked away, but they have fought. That second half (against Northern), that’s the team I know and see in school and commit to our process. I have not — we’re 2-6 right now — but I have not hated going to practice a single day this year. They’re good kids. I’m happy with where we’re at this season at this given moment, all things considered. Kids that give up, you can’t coach those kids. But I can coach these kids.

“I’ve dealt with some backlash for taking the JV program away. It’s just a one-year thing, though. I’ve never, in my years of playing since I was six, playing in college and coaching, I have never seen injuries pile up like this. Every blow we’re dealt, you can see the body language, but they respond.

“Take a kid like Dillon Hogamier, who was off the team because of discipline things, but he’s stepped up as one of our leaders. JD Shambaugh too. Trevan Powell has carried the load that not many kids should have to carry. I’m just so proud of these kids. ... They’re digging their heels in and fighting.”

Welch, who left the Albert Gallatin game in an ambulance early in the fourth quarter after rushing 17 times for 386 yards and three touchdowns, is the team’s leading rusher with 854 yards and eight touchdowns on 72 carries, averaging 12.1 yards per attempt.

Powell has a team-high 129 carries for 854 yards and 11 scores to go along with four catches for 91 yards. In the four games since Welch’s injury, Powell has piled up 101 carries for 658 yards and eight touchdowns. He scored three against Albert Gallatin after Welch went out, including a 60-yard interception return score to seal the game.

The other three that have rushing totals in triple-digits are Shambaugh, Braylon White and Trevor Milburn. Shambaugh has 40 carries for 188 yards, White 153 yards on 26 attempts and Milburn 21 rushes for 137 yards and a touchdown.

Quarterback Grant Cain is 18 of 47 for 224 yards and three touchdowns.

Hogamier leads the team in tackles with 89 (49 solo, 40 assists) including 23 for a loss, two sacks and an interception.

Powell is second in tackles with 58 to go along with a pair of interceptions. Ryan O’Neal has 47 total tackles with 12 solos and 35 assists.

Hayden Lancaster and Joseph Court have 28 tackles apiece, Shambaugh has 23, Milburn 21 and Terrell 20. Welch had 37 tackles, two sacks, a forced fumble and a fumble recovery.

“If our offense can sustain drives and move the ball three, four yards a carry, that’s the biggest key to us,” said Hansel, “along with maintaining the clock. Three-point-four yards per carry — I’ve been using it all week. I don’t want to demean anyone on their team. They have a great O-line, King is a weapon that some overlook sometimes. We have to force them to drive, though. We can’t let them score in two, three plays. We have to maintain and sustain drives. If we lose the penalty battle or turnover battle, especially against a team like Fort Hill, we’re in big trouble.”

Fort Hill leads the all-time series, 60-32-4, and has defeated the Campers the past 13 meetings. The Sentinels have won the last 11 Homecoming games, including last year 38-0. The Campers last victory over Fort Hill came in 2009 in the 1A West Region title game, and last won on Homecoming in 2007.