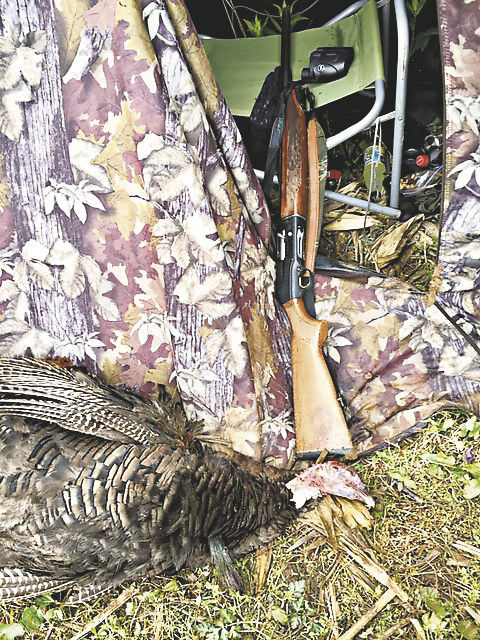 Bolstered by a robust number of turkeys born in 2019, Maryland gobbler hunters set a new record during this year’s spring hunt.

The bag of 4,303 bearded turkeys was made possible by juvenile gobblers that constituted 24 percent of the kill. That’s more than 1,000 jakes checked in by hunters from Friendsville to Crisfield.

Turkey Biologist Bob Long of the Maryland Wildlife & Heritage Service had reported in the fall of 2019 that turkey reproduction had been very good that year. Hunters this spring proved him to be correct.

Each July and August, cooperators across the state, of which I am one, record the number of turkeys they see and, if possible, the gender of those birds. From these many reports, Long crunches the numbers and determines the success of reproduction. That gives him a feel for potential harvest during the next two seasons and a handle on the general health of the yelp-and-gobble population.

Only three counties reported fewer bagged gobblers this spring than last. Garrett County was one of those with the largest decline in the state of 42 birds. In spite of that, Garrett’s take of 387 gobblers was second only to Washington County, which led the state with 439. The kill of 286 gobblers in Allegany County was up eight birds from a year ago and right in line with the past four years.

Washington County’s top mark of 439 was only 25 birds more than in 2019. So, from whence did this record harvest come?

Frederick County had the biggest single increase from one year to the next with 44. Somerset was up 42. Kent was up 40 and St. Mary’s and Wicomico up 38 apiece.

The contribution of jakes to this year’s harvest cannot be overstated.

Here’s the good news for 2021. The jakes that did not get harvested this year will be adult, 2-year-olds. Those are the birds most likely to gobble and come running to a hunter’s call.

“This year’s harvest suggests that many hunters took advantage of abundant turkey populations in much of the state, said WHS Director Paul Peditto. I know Peditto well and to that I would respond, “No duh.”

Peditto’s comment made me think of Nuke Laloosh in “Bull Durham” who was learning from Crash Davis the lines to use when he got to The Show (Major League Baseball).

“I hope I can do something to help the team.”

I know I’ve run a lot of numbers past you here, but the harvest during the two-day youth hunt is worth noting. That bag of 248 birds was up 22% from a year ago and was another contributor to the record take.

Apparently COVID-19 did not keep gobbler hunters at home, but then why should it. Those hunters were already professionals at social distancing. It’s part of the lifestyle.

I have become a big fan of gobbler hunting videos produced by The Hunting Public, a passel of Gen Z (look it up, I had to) hunters who pursue gobblers on public acreage in a variety of states. These guys know what they are doing and capture some great hunts for viewers.

They hunted on public land somewhere in Maryland this year. Specific locations are never provided. Although that hunt hasn’t been made available online yet, the members talked about it some in a season wrap-up video. Their biggest gobbler came from Maryland.

I found it interesting that they said a Maryland game warden told them hunting pressure had been down on whatever public land they were hunting and that the coronavirus may have played a role by keeping people at home.

You can view The Hunting Public’s 2020 West Virginia hunts on YouTube.