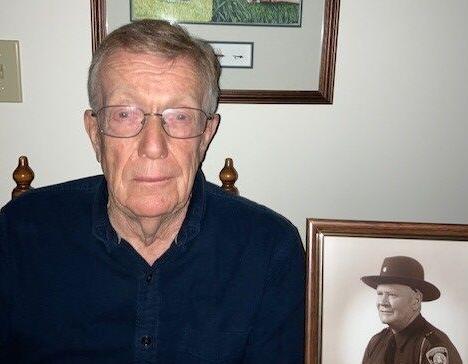 Jerry Burke, Petersburg, West Virginia, is shown with a photo ot the late Harrison Shobe. Burke believes Shobe, a conservation officer, should be credited with discovering the fish that began the development of the state golden-rainbow trout. 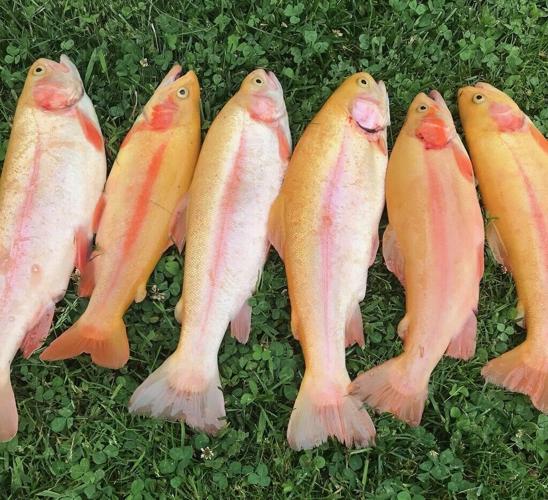 Golden-rainbow trout have been stocked in West Virginia since 1963. 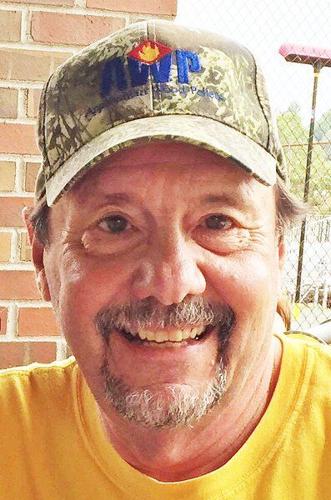 Jerry Burke, Petersburg, West Virginia, is shown with a photo ot the late Harrison Shobe. Burke believes Shobe, a conservation officer, should be credited with discovering the fish that began the development of the state golden-rainbow trout.

Golden-rainbow trout have been stocked in West Virginia since 1963.

Petersburg, West Virginia, resident Jerry Burke is on a continuing mission to set the record straight when it comes to how the state’s first golden-rainbow trout was discovered.

“It’s a small thing, but it’s a big thing,” Burke told the Grant County Press in 2018. “We like our history to be accurate.”

Here is what Burke contends. Burke said the first person to spot the oddly colored hatchery trout in the 1950s that led to the development of the popular golden-rainbow was Harrison Shobe, who was a conservation officer in Grant County for the West Virginia Division of Natural Resources. The trout was not fully golden, but displayed a patch of the bright color. It was isolated and monitored and eventually its offspring became the radiant fish that are now stocked throughout the state. In fact, in recent years, the DNR has identified a time each spring when only golden trout are stocked in certain waters, naming it Gold Rush. That effort has become quite popular with anglers.

Here is what Burke wants. The DNR’s official records and subsequent publications credit that sighting to Vincent Evans, who was the manager of the Petersburg Trout Hatchery at the time. Burke wants the state government to give credit where he believes credit is due.

Shobe was a fish and wildlife law enforcement officer from 1933 to 1963. He died in 1979. Burke and Shobe met in 1966. Shobe, Burke said, told him about first spotting the trout. Burke independently confirmed that story with others, none of whom knew each other. In 2015, Jim Evans, a DNR fishery biologist, referring to Shobe’s alleged sighting, wrote in an email to Director Bob Fala, “I can say that Harrison did relate this tale to me. I knew Harrison well and he was an honest and good man.”

Burke has asked Wonderful West Virginia Magazine and the DNR to recognize Shobe’s observation of the trout, either by way of a correction or clarification. Burke had become concerned because a 2013 article about golden trout in the magazine did not mention Shobe’s role.

Burke heard back from the magazine’s editor at the time. It seems that his request had been taken seriously, but research could not find any supporting evidence that would justify a correction or clarification, he was told.

Another request to the magazine in 2015 was not successful.

Shobe has actually been recognized in print as the original observer of the special trout, known as Little Camouflage, although none of the articles are recent.

In 1968, five years after golden trout were first stocked, Grit credited Shobe with the sighting. Then, in 1975, Skip Johnson, outdoor columnist for the Charleston Gazette-Mail, wrote that Shobe spotted the trout on May 28, 1954.

“When Harrison (Shobe) retired, the DNR presented him with a mounted golden trout,” Burke said recently. “That would seem to show recognition of his role in sighting the fish.”

Burke said he knew Shobe as a dedicated fish and wildlife law enforcement officer who would spend hours staked out in an attempt to apprehend a violator.

“He was a firm, but fair officer,” Burke said. “He was also an old-line conservationist, one of the early anglers to recognize the benefits of catch-and-release trout fishing.”

This is from his obituary in the Grant County Press of October 3, 1979:

“Mr. Shobe was widely respected by conservationists for his strong convictions concerning good conservation practices and law enforcement. He was the discoverer of the famous Golden Trout of West Virginia which brought recognition to him as well as the area where he spent his lifetime.”

Mike Sawyers retired in 2018 as outdoor editor of the Cumberland Times-News. His column now appears biweekly as well as in Rod & Gun. To order his book, “Native Queen, a celebration of the hunting and fishing life,” send him a check for $15 to 16415 Lakewood Drive, Rawlings, MD 21557.