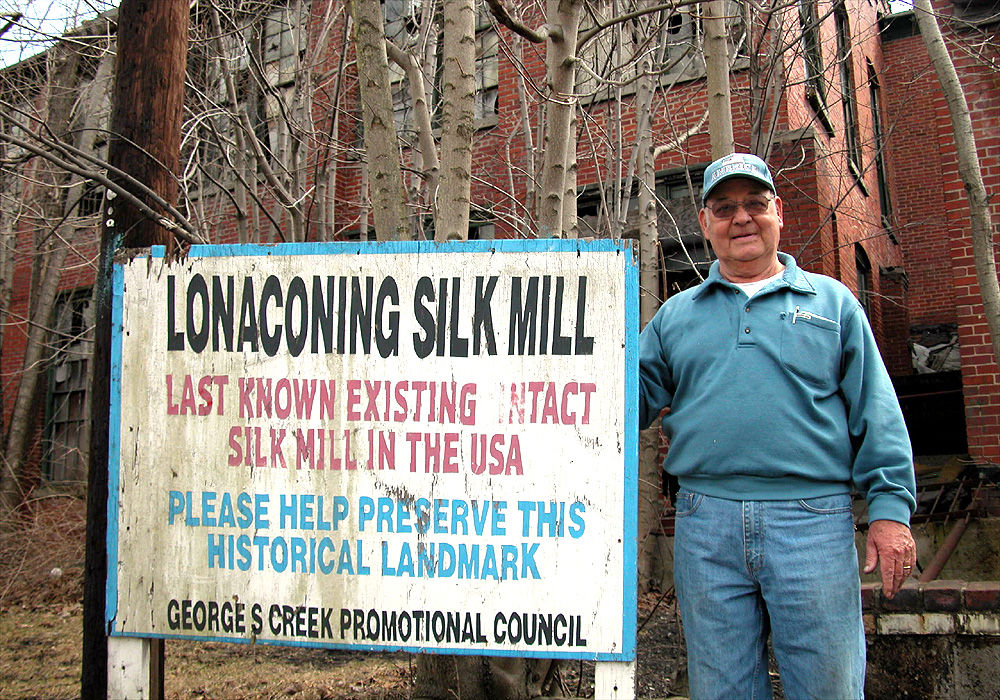 Co-owner Herb Crawford stands by an old sign proclaiming the uniqueness of the Lonaconing Silk Mill, which closed in July 1957 with all the machinery intact. 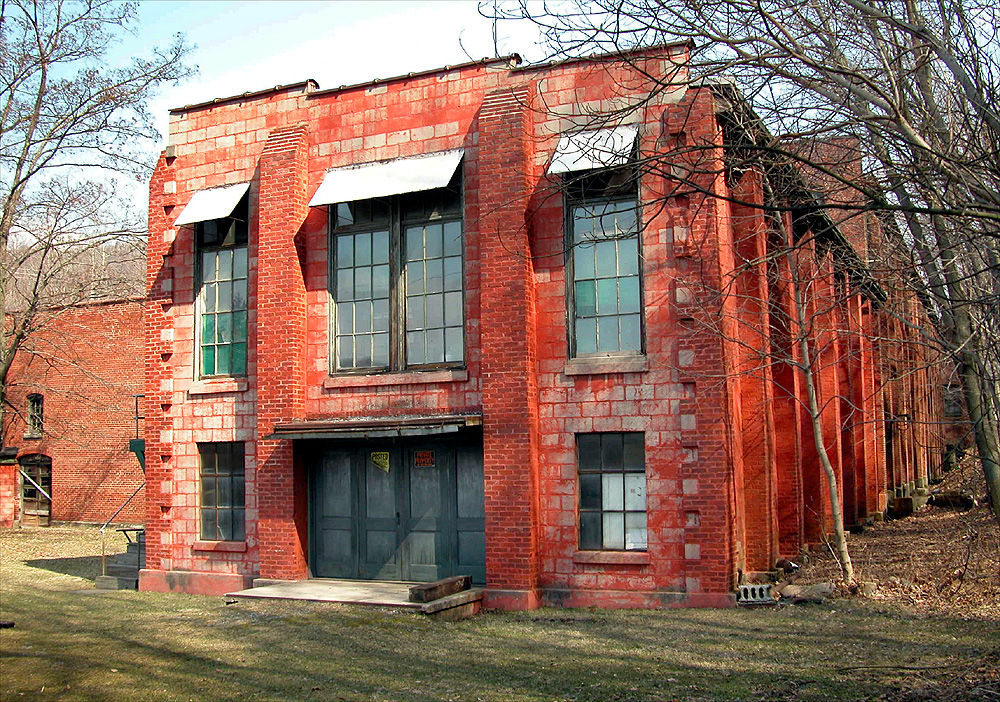 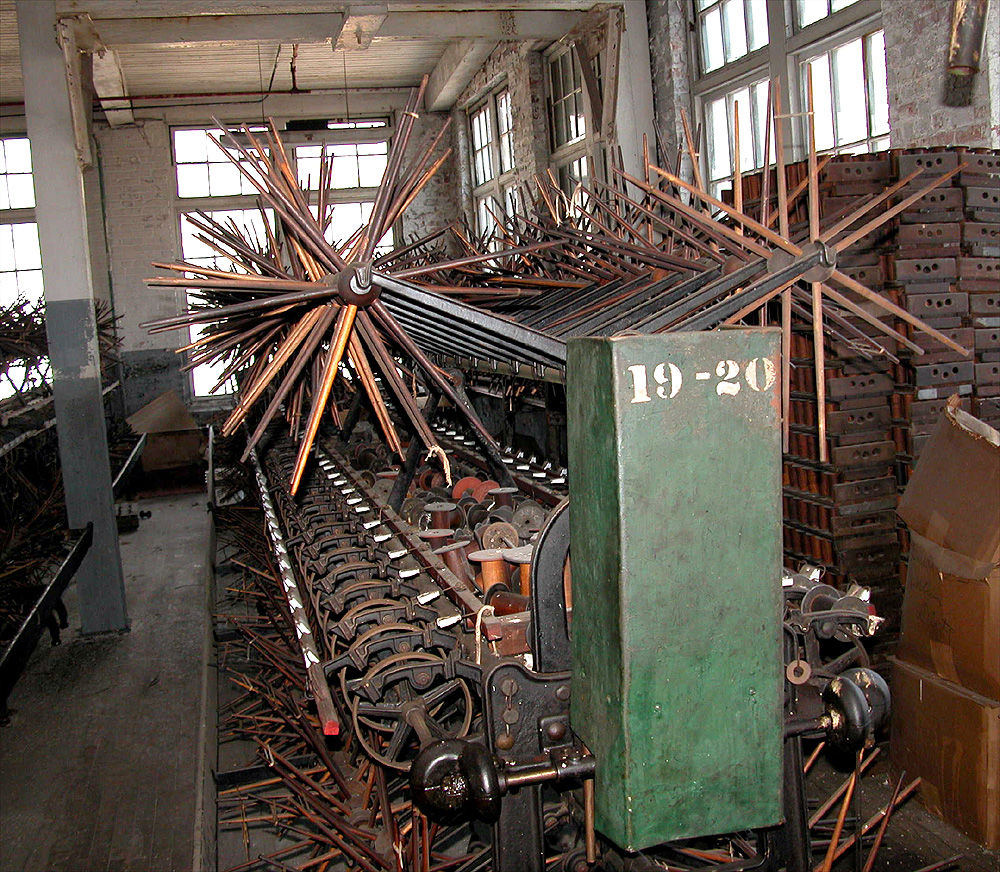 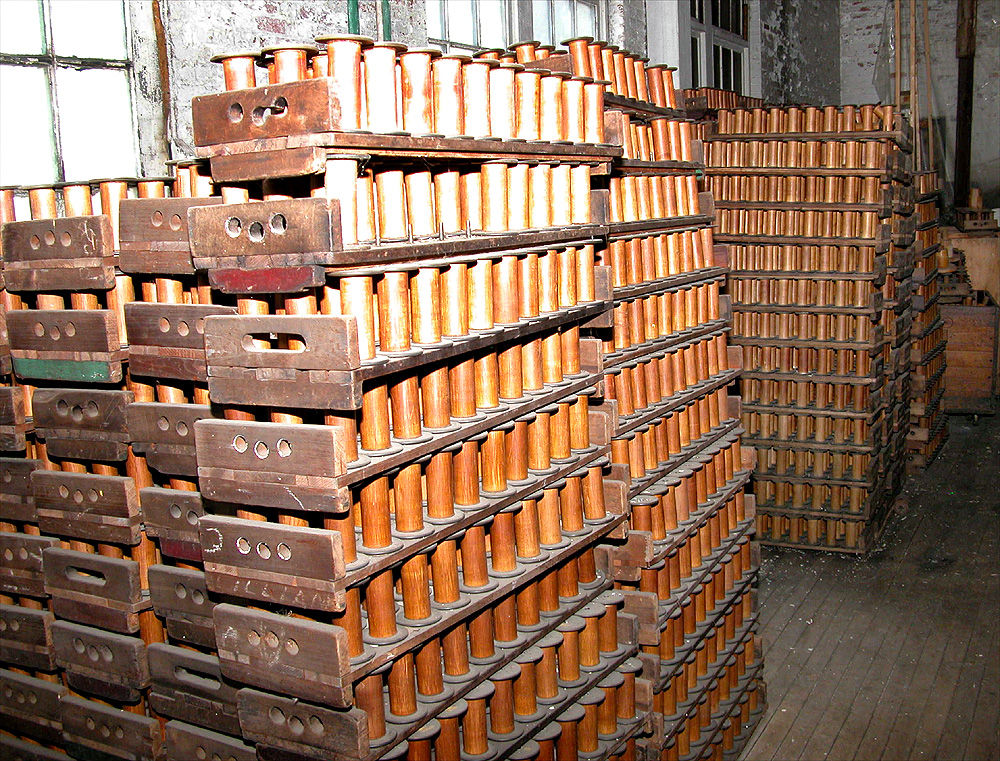 Co-owner Herb Crawford stands by an old sign proclaiming the uniqueness of the Lonaconing Silk Mill, which closed in July 1957 with all the machinery intact.

LONACONING - The aging Lonaconing Silk Mill is now listed in Endangered Maryland - the first statewide list of threatened historic properties - which could lead to preservation of the early 20th-century factory just off state Route 36. The Lonaconing Silk Mill appears on the list as "A time capsule to Western Maryland's industrial past (Allegany County)." The Endangered Maryland Web site describes the silk mill as the only "re-maining silk mill in the U.S. with its machinery, company records and workers' personal effects remaining unchanged from the time that the factory ceased operations in 1957." The Web site information about the silk mill states that the owners, Herb Crawford of Frostburg and Joyce Growden of Cumberland, are seeking to divest themselves of "what has become a substantial financial burden ... Without immediate attention, the mill is in danger of irreversible deterioration." The silk mill was one of 11 properties appearing on the Endangered Maryland list. Crawford learned a couple of weeks ago that "our silk mill is on the list." "It's a really nice article. I don't really know what it means. It may qualify it for funding. It makes me more hopeful our silk mill will be preserved," said the 72-year-old retired Allegany County teacher. A statewide panel created the list by evaluating nominated properties and assessing the level of threat, historic and architectural significance, community commitment and potential solutions. "Historic buildings define the unique history and character of Maryland and its communities," said Tyler Gearhart, executive director of Preservation Maryland. "Endangered Maryland provides powerful means to raise awareness about threats to extraordinary resources throughout the state. This program has long been a dream of ours and our partnership with Maryland Life has made it a reality." The Endangered Maryland list is published in the current edition of the Maryland Life magazine. Maryland Life is reportedly modeled after the nationwide list created yearly by the National Trust for Historic Preservation as well as other successful statewide endangered lists around the country, according to Preservation Maryland's Web site. Kristen Harbeson, education and outreach director for Preservation Maryland, said the inaugural year for the Endangered Maryland list "has been a success so far." The list has generated numerous calls about the various properties listed on Endangered Maryland. "This helps us to focus our efforts. There's a good chance of a successful save but it's not certain. "You never know when someone will read it that has the resources and the knowledge that could be the critical piece to save one of these properties." said Harbeson. As Crawford continues to single-handedly maintain the aging silk mill, he wonders when his "personal marathon" will end. "I'm just waiting to see the outcome," he said, "but I really want to see our mill preserved." Built in 1906, the Lonaconing Silk Mill was owned by the Klots Throwing Co., which reorganized as General Textile Mills in the 1930s. At one time, the mill employed 300 people. The Endangered Maryland list can be viewed at preservemd.org. Nominations are now being taken for next year's list. Jeff Alderton can be reached at jlalderton@times-news.com. For more photos, click here.